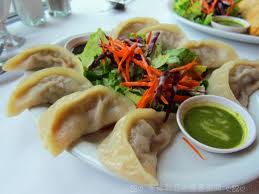 Late in the morning in Chatra Bharu, farther east up the Chandra river, I stopped for tea and chatted in Hindi with the Tibetan man who ran the chai shop on the side of a very dusty road. The hamlet is a single unoccupied government house and a tea stall, itself no more than a ragged army-surplus tarp attached to the building’s mud-brick wall. Not much reason to linger. The man, maybe ten years older then myself, was a scruffy fellow in dusty jeans and a loose, well-patched woolen shirt. He had just finished shaving but the job was erratic. He had only a broken shard of mirror to work with, dark hair sprouted in knotted patches along his jaw. Across his cheeks he had applied a thick layer of glistening coconut oil. His face shone as if he’d just finished running a marathon.

We talked slowly in Hindi. His name was Pema, Tibetan for lotus – the flower that rises blooming out of the swamp’s decomposing muck. He told me he had lived in Dharamsala for almost 10 years and had worked as a cook, even preparing food for the Dalai Lama. I asked what the great master enjoyed eating,

“Everything!” he said with a huge grin.

His Holiness has a healthy appetite but according to Pema he particularly enjoys momo, the half-moon shaped, meat and vegetable stuffed dumplings that are relished throughout the Himalayas.

Maybe sensing my interest Pema leapt from the bench where we were enjoying a cup of sweet chai and declared in English, “I make you Dalai Lama momo!”

I protested but he wouldn’t listen and strode off to his kitchen, a tiny building to one side of the tea stall that I had assumed was the outhouse. I followed him into the room’s kerosene reek and watched the man transform from a disheveled chai-wallah to a confident cook. He beamed in the light of the one sooty window. Spices, vegetables, grains and oils were milled, mixed, sieved and pounded. He was so caught up in the cooking that he completely ignored me. I returned outside and lay in the shimmering heat of the noon sun until, an hour later, he emerged from the darkness bearing a platter of momo artwork. He placed the tray delicately on an unsteady three-legged stool in front of me. The dozen, translucent dumplings gave off an aroma that would have made the most fulfilled salivate. Through their pale skin of flour and water I saw a matrix of green, gold, orange and red; chilies and coriander, tumeric and garlic, carrots and spinach. I could have wolfed them down, but they were arranged in such perfect symmetry; each momo a ray of steaming sun radiating from a mound of saffron carrot chutney. I stared at them for half a minute. They were beautiful. Pema was silent, rubbing his hands against his greasy apron. I placed one in my mouth. I bit the juicy pocket and the contents melted on my tongue. I exhaled the vapor and smiled. My friend’s face lit up.

Pema had put his entire effort into producing food for someone he had only just met and would probably never see again. He presented his creation in the same spirit he had cooked for the man who embodied his beliefs. His momos were an offering not just to me but to the workings of dharma; they were a pure gift that would return to him in some future life. For 20 minutes in the dazzling midday sun I savored his offering.